10 Evergreen French Songs That Should Be On Your Play List

Those who are close to me are often irked by my new found love for rock music. I do this whenever I want to faff away. However, whenever I am ready for some serious mental task, I always go back to the evergreen French classics of yesteryears.

I fell in love with some of these songs when I was young, but they have remained my companion to the present day. Unlike majority of the current day French songs, these classics are lyrics-driven and pass a strong message. I have tons of these songs on my list, but I have selected ten of the very best that I think you should include on your list too. 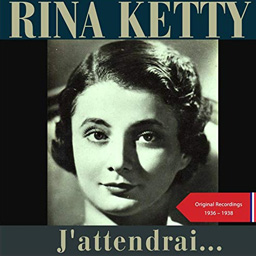 This is a love song and the title which means “I Will Wait for You” says it all.

The original lyrics was in Italian and it was the work of Nino Rastelli and Dino Olivieri. Before Ketty renamed it J’Attendrai, the authors named it “Tornerai”. The lyrics tells the heartbreaking tale of a lover waiting for a partner that left for an unknown destination. J’Attendrai later became the soundtrack to the movie ‘Das Boot and The Arch of Triumph’.

Édith Piaf was one of my dad’s personal favorite. Back then he would play her tracks over and over and it got me angry because I barely understood what she was saying.

Today she is part of my all-time favorite. The title of this song translates to ‘Life Through Rose-Colored Glasses’. The lyrics gets me every time. I believe it is one of her most loved works. This song was adopted as the soundtrack of many French movies including ‘French Kiss’ and ‘Sabrina’.

This is another love song that gets me to relax on days when it seems like the world is against me. Parlez-Moi d’Amour loosely translates to “Speak to Me of Love”.

This song was written by Jean Lenoir; however, Boyer was the one that brought it to life. The lyrics talks about all the sweet stuffs that lowers speak into the ears of each other and how these words can wipe away their sorrows—even when not coming entirely from the heart. Parlez-Moi d’Amour was the soundtrack of ‘Midnight in Paris’ and ‘The Imposter’.

I never get tired of listening to Joe Dassin but one of his all-time favorite that I love is Les Champs Elysées. I enjoy the way Dassin play around with love stories. Les Champs Elysées tells the story of young lovers who discovered their affection for each other while taking a walk on an avenue. Les Champs Elysées was adopted as the soundtrack of several TV shows including the movie ‘The Darjeeling Limited’.

This song became my favorite after I fell out of love with my ex-girlfriend. Like the lyrics of this song, I began to remember the dreams we shared together and the potentials we explored when we first fell in love. Inasmuch as it brought memories and tears to my eyes, it helped me to fight depression. It was also adopted by many movies and TV commercials.

Fréhel might not have known it but she started a musical revolution which still influences present day French musician. This classic is often criticized for promoting the java dance which is a variant of the waltz dance where couples dance seductively with the male often resting his hands on the woman’s derriere. La Java Bleue was later adopted as the soundtrack for ‘Charlotte Gray’ and ‘Sarah’s Key’.

La Mer is the kind of song that lets your heart to wander. It is easy to fall in love with it especially if your life is a continuous buzz. Legends say Trenet wrote this song on tissue paper in a train in just under ten minutes. La Mer is the soundtrack to the Disney’s sea animation ‘Finding Nemo’.

This conversational lyric brings to surface how love can become sour. This is the kind of story that prepares you for the realities of relationships. The title translation ‘I Love You…Me Neither’ reflects the disunity existing between the lovers.

This is another tale of young lovers rendered in a soul piercing rhythm. This is another musician whose songs made my dad to shake his bulky frame. La Bohème was adopted as the soundtrack of ‘L’Anniversaire’ and other French movies.

They tend to stare and hope theirs happens soon. Tous Les Garçons et Les Filles was adopted as the soundtrack of ‘The Dreamers’.

There are other great French classics that should be a part of your playlist. However, I will leave you to figure them out by yourself.